The cast is now in place! Veteran actress Amber Strauser will be starring as the ‘Farmers Daughter’. She has done many TV shows & Movies in her career, including “Dr T and the Women”, “Nip/Tuck”, and episodes of “1000 Ways to Die”. Amber is also a former Dallas Cowboy Cheerleader, and currently dances in ‘Fantasy’ at the Luxor in Las Vegas. Jonathan Zadok will be playing the ‘Farmer’. He has many independent film credits under his belt, as well as being a musician & stand up comedian in Los Angeles. Newcomer Steven Budnik rounds out the cast as the ‘Farmers Son’. Kenny and his band will also be performing the song in this humorous video. Filming is in August, and as of right now, all is on schedule! 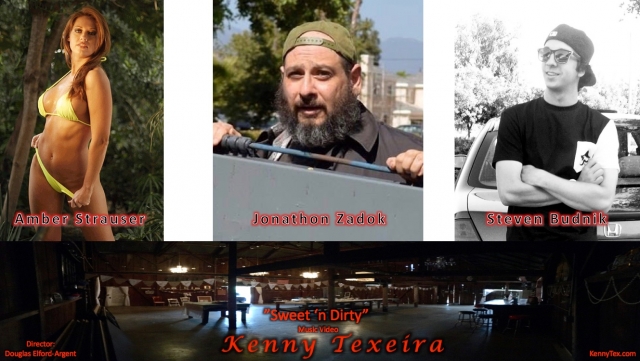